With the publication of The Last Rite – the final instalment of The Danilov Quintet – imminent, it’s time for me to make a confession: I didn’t make it all up. Admittedly the stuff about vampires and a curse on the blood of the Romanov emperors was all my idea, but as for the rest of it I pride myself on my attention to historical accuracy. It’s always pleasing to read reviews that say how well-researched the books are, and I’m often asked for recommendations of books which go into the history behind the quintet in more detail.

So I’ve gone back through my library and picked out a couple of history books for each period covered – those that I particularly remember from the many others that I trawled through to uncover the minutiae of Imperial Russian life.

I first read Adam Zamoyski’s 1812 – Napoleon’s Fatal March on Moscow before the idea of writing Twelve ever occurred to me. It clearly left something of an impression, and the freezing winter nights of the French retreat came back to me as the ideal location for a vampire tale. I have his biography of Chopin lined up to read soon.

Once I’d plotted Twelve, I realized that if I was going to make it authentic I’d need an in-depth account of Napoleon’s occupation of the old Russian capital. I had to go back to 1964 to find something good enough: The Burning of Moscow 1812 by Daria Olivier. There’s a fascinating amount of detail in a book that covers just five vital days of European history.

In historical terms, Thirteen Years Later covers two closely related events: the death of Tsar Alexander I and the Decembrist Revolt – an uprising of army officers against his successor Nicholas I.

One of the joys of writing historical fiction is the freedom to choose which path to follow when historians themselves are unsure of the truth. Often my choice is the less likely – and therefore more fascinating – path. Since 1825 there has been a persistent rumour – even within the Romanov family – that Alexander did not die then, but faked his own death in order to be free of the burden of ruling Russia. The threads of the story are brought together wonderfully in Alexis S. Troubetzkoy’s Imperial Legend, although unlike me, Troubetzkoy does not suggest that the tsar’s disappearance was down to the fact that the blood of the vampire Dracula flowed in his veins.

The fame of the revolutions of 1917 has somewhat obscured the uprising of 1825, leaving it hard to find thorough histories of the subject. This time a detailed study came from 1937 with Anatole G. Mazour’s The First Russian Revolution, 1825. It’s fascinating to wonder just how different the world might have been if the uprising had succeeded.

Although I read plenty on the Crimean War for research, it was other aspects of the period that caught my attention. The title of the novel comes from The Third Section (sometimes translated as Department) of His Imperial Majesty’s Own Chancellery, a rather long-winded name for Tsar Nicholas I’s secret police. The Third Department by P. S. Squire, written in 1968 provides a good understanding of the organization. It’s easy to see a thread that stretches on to the Ohrana, the Cheka, the NKVD and the KGB (and perhaps beyond).

I fear that my fascination for the next selection may not be shared by all, but the development of the railways, and particularly the building of the St Petersburg to Moscow railway, was essential to the modernization of Russia. Richard Mowbray Haywood’s Russia Enters the Railway Age, 1842-55 has detail invaluable for anyone writing about the period, and the storytelling still delivers a highly readable text.

Another decade, another tsar and another failed revolution. The People’s Will was a terrorist organization that murdered Tsar Alexander II – although the ensuing revolution they had hoped for never came to pass. 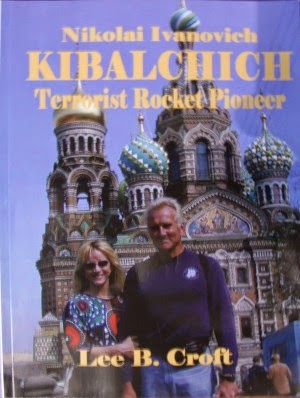 I couldn’t find one single all-encompassing text on the events and had to piece things together from several sources. In Alexander II – The Last Great Tsar Edvard Radzinsky gives a highly readable account of the life and death of Russia’s most (perhaps only) liberal tsar, though betrays a little more partially than most historical biographers do.

Historical fiction relies on detail and this is often found not in the broad, sweeping brush of a generalist, but in the biography of the one of the bit players. Lee B. Croft’s print-to-order Nikolai Ivanovich Kibalchich – Terrorist Rocket Pioneer gives an account of the life of one of the leading members of The People’s Will – the man who designed the bombs that killed the tsar and also a prototype rocket intended to take travellers to the moon.

Not since I wrote Twelve had I researched a period that was so well covered in the history section of bookshops. In all of twentieth century history only the World Wars have been as well documented as the Russian Revolution, so my selections here are the best of many. The first is very well known, and its reputation is not overstated: A People’s Tragedy: The Russian Revolution 1891-1924 by Orlando Figes. It is both wide-ranging and detailed and takes full advantage of the benefits of hindsight.

Quite the reverse can be said of Ten Days That Shook the World, a first-hand account by American journalist John Reed of his experiences of the Bolshevik coup. Such a personal account, from a man who does not attempt to hide his admiration for Lenin and his comrades, must be treated carefully as a contribution to the historical record, but is unrivalled in its evocation of what it was like to be on the streets of Petrograd at that time. 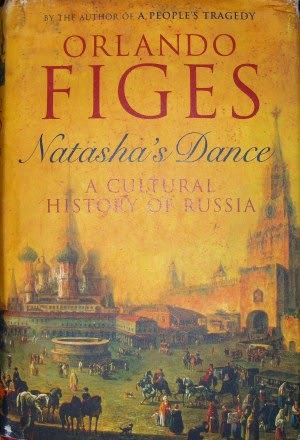 There’s one last book I’d like to mention, one which attempts to cover the whole of Russian history, often eschewing the lives and deaths of the tsars and the battles they won. Again it is by Orlando Figes: Natasha’s Dance – A Cultural History of Russia. Aside from fictional sources such as Tolstoy’s War and Peace (from which Figes’ book takes its name), I found nothing that gives a better feeling for what Russia was actually like in the century leading up to the Revolution.